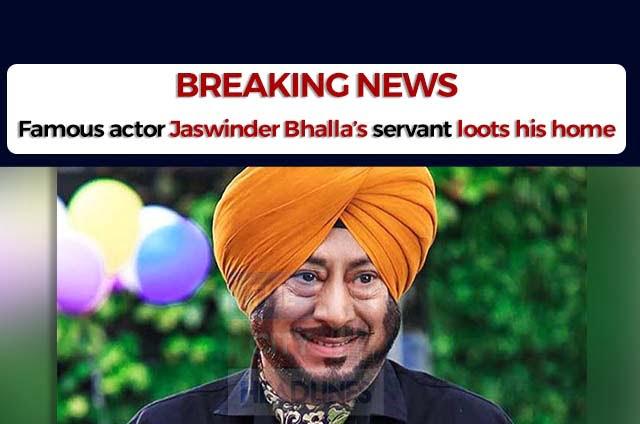 The reports suggest that Jaswinder Bhalla’s mother was alone at home when the incident happened. She is over 80 years old.

DSP Mohali Sukhnaaz Singh reportedly said that the robbers tied the legs, arms and mouth of the old lady and committed the crime in not more than 10 minutes. Jaswinder Bhalla was out of station with his wife. His son was also not present at house. He was out for some shoots.

The robbers took away Bhalla’s mother’s bangles, earrings, bangles, a revolver and some cash from the house.

As per the reports, the robbery was conducted by one of Jaswinder Bhalla’s servants. He was reportedly Nepalese and he started working just 10 days ago. He was appointed on the suggestion of the old servant who was also Nepalese.

An FIR has been registered on the complaint of Jaswinder Bhalla at Mataur Police Station. Further investigation into the case is underway. DSP Sukhnaaz Singh reportedly said that the police have identified the faces of the accused through the CCTV footage. He assured that they would be nabbed in a few days.