At Ludhiana Railway Station, announcements are being made in Bhojpuri, Bengali languages 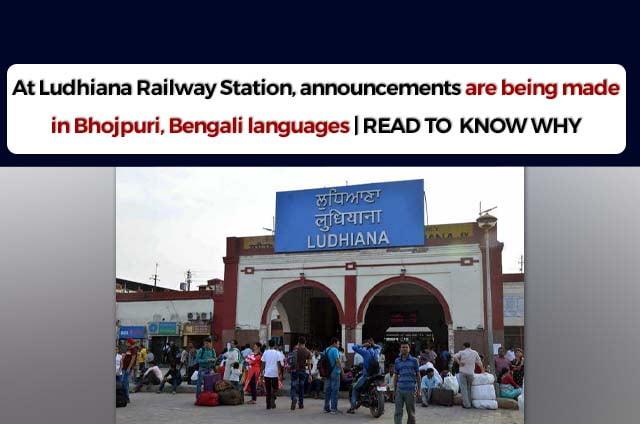 At platforms, waiting areas, even inside the trains, announcements are being made in Bhojpuri, Bengali and Hindi languages.

RPF has formed several teams for this purpose so that people are made aware of several gangs trying to loot people inside the railway station and near its premises.

As per the reports, some people provide poisonous biscuits and other eatables as “Prashad” to the passengers at the railway station. Then they loot them and take away their valuables.

At Ludhiana railway station, many passengers from Bihar, Uttar Pradesh and West Bengal can be found. That is why the Railway Police Force is making announcements in their local languages.