Ahead of Assembly elections, Ludhiana police recover over 1 lakh litres of illicit liquor 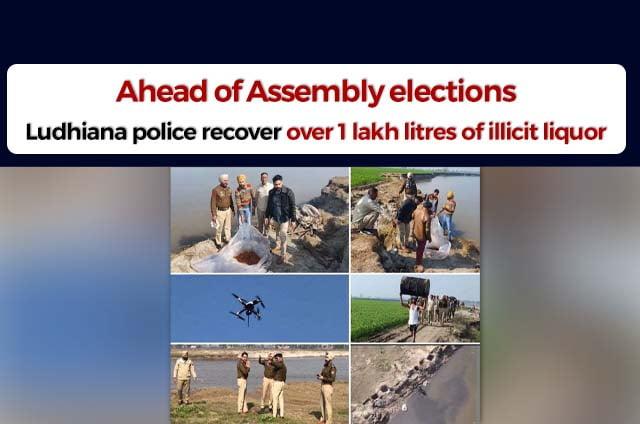 Over one lakh litres of Lahan (used to extract illicit liquor) was recovered by Ludhiana rural police on Sunday.

The police and excise department teams raided near Sidhwanbet at the bank of the Sutlej river and reportedly recovered 1.05 lakh litres of Lahan.

Ahead of the elections, such cases are often witnessed. Liquor is used to lure the voters and actions are taken against such illegal activities.

Sub Inspector Kulwinder Singh reportedly said that he was present near village Kakar Tihada with his team of policemen and the officials of the Excise Department.

The police also reported that several cases have earlier been registered against the accused. The police teams and the Excise Department team raided the spot and recovered 1 lakh 5 thousand liters of illegal Lahan and destroyed it on the spot.

A case has reportedly been registered against Nirmal Singh, Jaswinder Singh and Manjit Singh residents of village Baghian under Excise Act at Police Station Sidhwanbet.