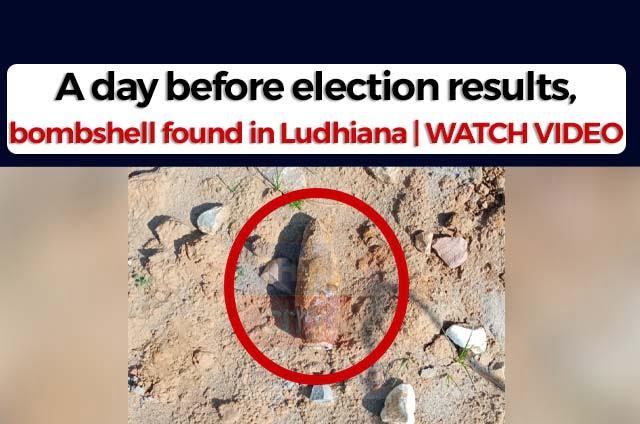 While the administration is busy in preparations for the counting of the votes, a bombshell was found in Jamalpur’s Fortune City in Ludhiana. Because of the incident, the people living nearby are in a panic mode.

On Wednesday afternoon, some residents of the colony found a suspicious bomb-like material. The people of the area informed the control room about it. After getting the information, the police officers from Jamalpur police station reached the spot.

The police immediately informed the bomb disposal squad about the recovery. The police officials said that the shell came with some scrap material.

According to the information, road construction work was going on in the Fortune City area. The construction material and soil was being procured from Machhiwara. When the truck came, the shell came along with it.

The workers who were indulged in road construction also stopped the work. SHO of Jamalpur police station Gagandeep Singh said that investigation was underway. The bomb disposal squad was also asked to check the material.

ALSO READ: Everything you need to know about the vote-counting process in Ludhiana