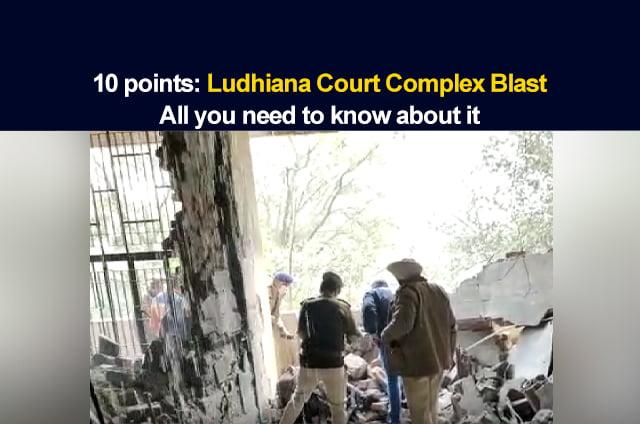 Ludhiana witnessed a shocking incident on Thursday, December 23. A bomb blast happened inside the District Court Complex around 12:30 pm.

Here is a complete report in just 10 points