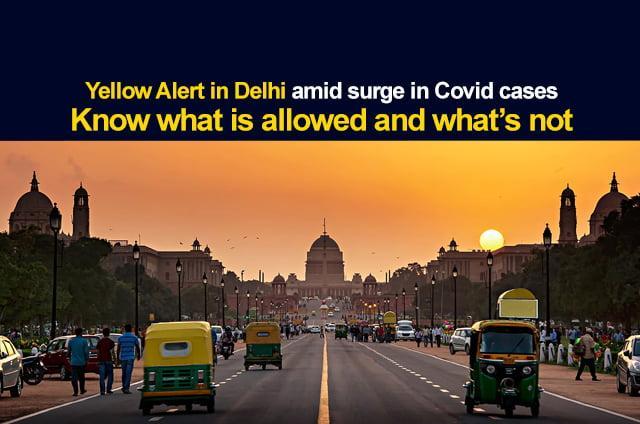 Amid a surge in coronavirus cases in New Delhi, Chief Minister Arvind Kejriwal has declared a “Yellow Alert” in the national capital.

Arvind Kejriwal announced several restrictions in Delhi on Tuesday, December 28. The government had said that all the restrictions would be in effect immediately.

Here are all the new rules announced by the government

Rs. 500 to be charged for not wearing masks