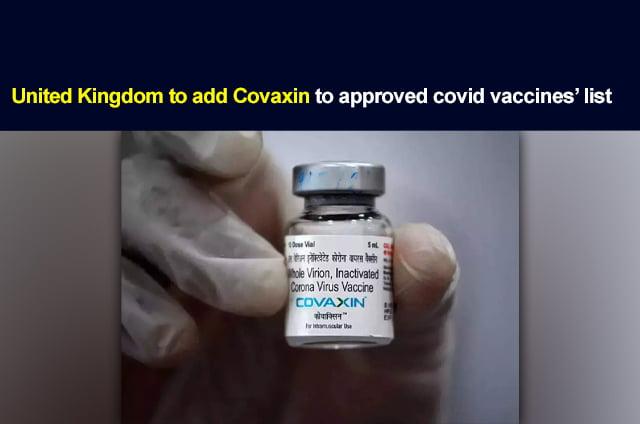 This means that those inoculated with Covaxin will not have to self-isolate themselves after arriving in England. The UK government has made this decision after the World Health Organization added Covaxin to the vaccines with Emergency Use Listing.

The British High Commissioner to India, Alex Ellis, took to Twitter and informed about the decision.

Rs. 500 to be charged for not wearing masks