Only four deaths reported in Punjab due to Oxygen shortage: Mansukh Mandaviya 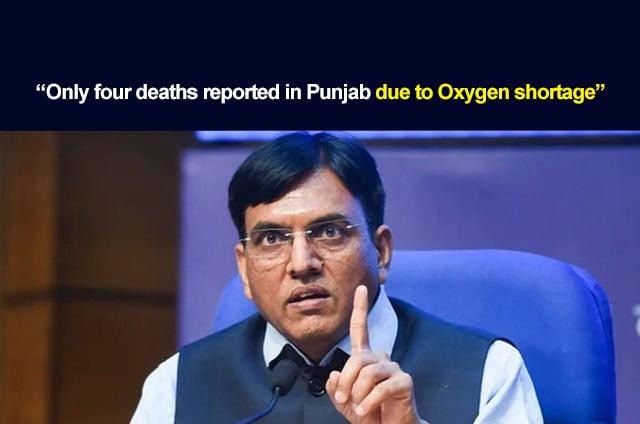 The Union Health Minister Mansukh Mandaviya on Friday informed that only Punjab had given the reports on the number of people who lost their lives due to oxygen shortage during the second wave of coronavirus.

Mansukh Mandaviya was replying to a question during the Question Hour in the LokSabha. He reportedly said that the Centre government had sought reports from 19 states on the deaths due to oxygen shortage and only Punjab reported.