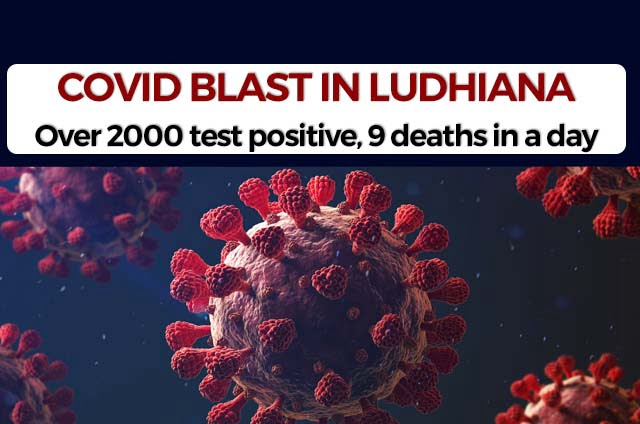 More than 83 cases every hour

Of the 2007 new cases reported today, 1808 belong to Ludhiana and 199 belong to other districts and states.

With nine deaths reported today, the death toll in Ludhiana has reached 2134. Also, 1070 people belonging to other states and districts also lost their lives in Ludhiana due to covid.

The active coronavirus cases in Ludhiana has skyrocketed in just one day. The number had reached 5756. Of those, 5660 are home isolated, 10 are admitted to government hospitals and 86 are admitted to private hospitals.

Nine Deaths reported in a day

With a rising number of coronavirus cases in Ludhiana, the number of micro-containment zones is also increasing.

Currently, there are 15 active micro-containment zones in Ludhiana.