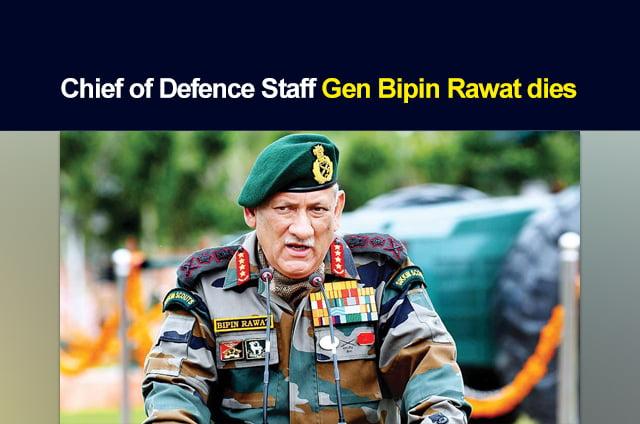 The Indian Air Force confirmed that General Bipin Rawat, his wife Madhulika Rawat, and 11 others were killed in the mishap.

The Indian Air Force informed that besides General Bipin Rawat, there were 13 passengers on board. General Rawat was on a visit to the Defence Services Staff College, Wellington.

It is to be noted that Rawat was the first to take over as India’s Chief of Defence Staff on December 31, 2019. Before that, he had served as the Army Chief for a full-term of three years.

When he was lieutenant general in the year 2015, he survived a Cheetah crash in Dimapur.