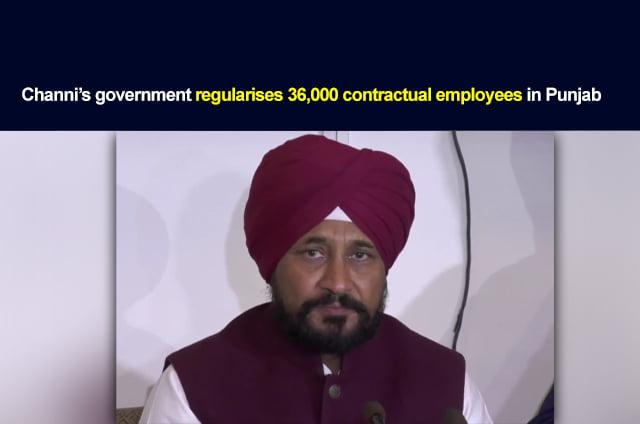 The Punjab government on Tuesday held a cabinet meeting and took some major decisions. Addressing the press conference, Chief Minister Charanjit Singh Channi informed that the government has decided to regularise 36,000 contractual employees.

Further, Channi informed that legalisation in this regard would be tabled during the assembly session that is scheduled to be held on November 11.

Punjab Chief Minister Channi also informed that the minimum wages of unskilled workers of both private and government sectors are increased with effect from March 1, 2020.

With an aim to end sand mafia in Punjab, the Chief Minister has fixed the sand rate from Rs. 9 per sq ft to Rs. 5.50 per sq ft. Further, Chief Minister informed that the cabinet has accepted the resignation of AG APS Deol.