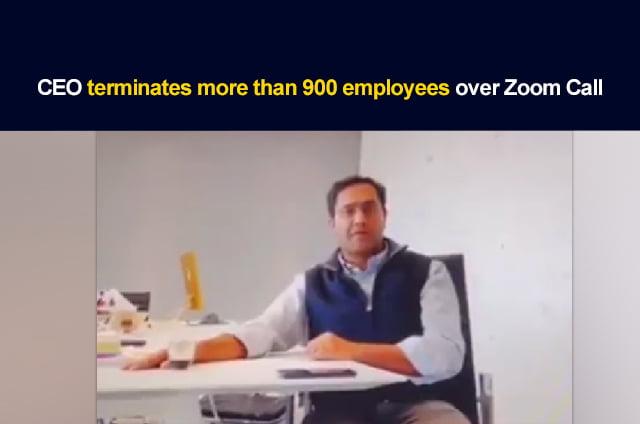 Vishal Garg, the CEO of a New-York based company Better.com mass terminated more than 900 employees over a Zoom call.

As per the reports by CNN, the company’s CEO fired over 900 employees of the company abruptly during a three-minute Zoom Call.

He said, “If you are on this call, you are the part of the unlucky group being laid off. Your employment here is terminated effective immediately.”

The video of the Zoom meeting has gone viral on the internet. In the video, he could be seen saying, “It’s been a really, really, challenging decision to make. This is the second time in my career I am doing this and I do not, do not want to do this. The last time I did it, I cried. This time I hope to be stronger.”

Vishal Garg also added that the terminated employees will be entitled to four weeks of severance, one month of full benefits and two months of cover-up for which the company will pay the premium.