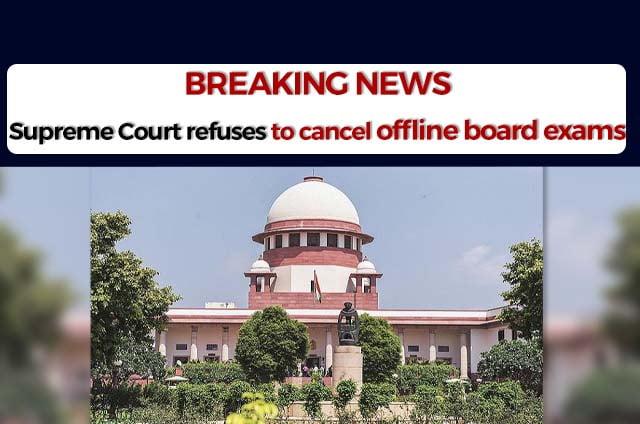 The Supreme Court of India on Wednesday refused to entertain the plea demanding cancellation of offline board exams of class X and class XII.

The plea demanded the cancellation of offline board exams of CBSE (Central Board of School Education), CISCE (Council for the Indian School Certificate Examination), NIOS (National Institute of Open Schooling), and other state boards.

The bench of Justices Dinesh Maheshwari, AM Khanwilkar, and CT Ravikumar rejected the plea on Wednesday. The bench reportedly said that entertaining such pleas will create more confusion in the system.

Further, the Supreme Court noted that the authorities were already working on finalising the dates of exams and other arrangements.