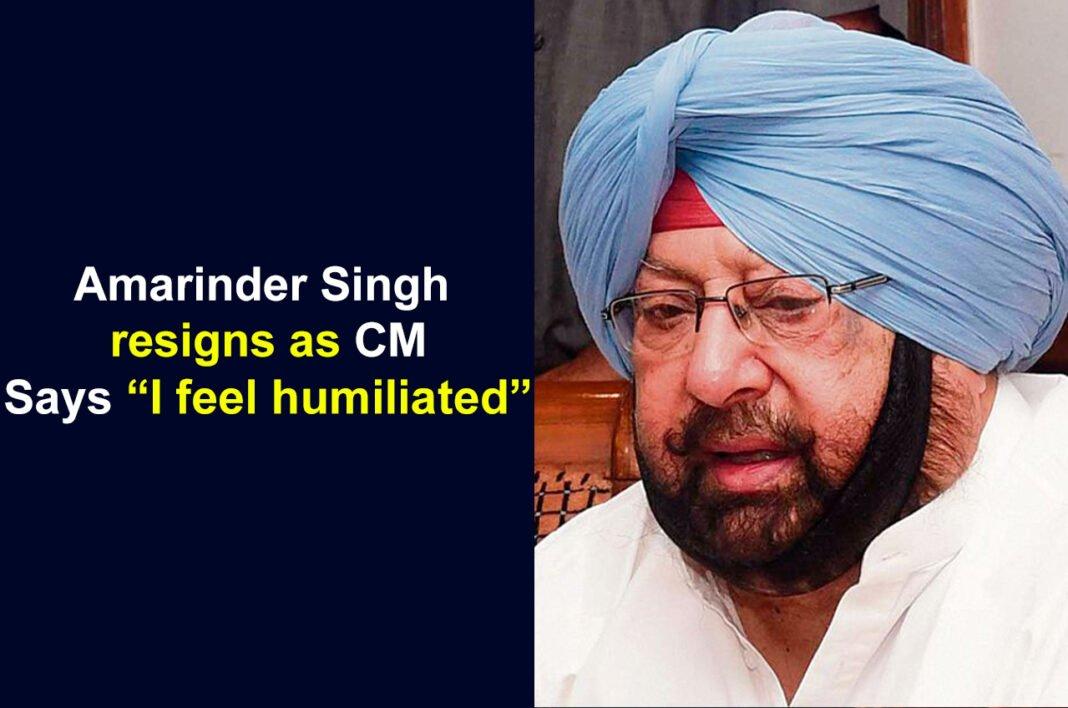 Punjab Chief Minister Captain Amarinder Singh resigned from his post on Saturday citing “humiliation” by the party. He reportedly said that he had conveyed his lament to Congress president Sonia Gandhi on a phone call.

“I told Sonia Gandhi that I am resigning. In a few months only, it is the third time that they have called the MLAs. I feel humiliated the way things were handled. She can choose anyone she likes for the CM candidate.”

It is to be noted that Amarinder Singh has cleared that he has resigned as CM. However, he is still a part of Congress. He also said that his future course of action will be decided after discussions with his supporters and friends.

He will not attend the CLP meeting in which AICC observers Ajay Maken and Harish Chowdhary will look into the election of the new CM.

Several reactions pour in after his resignation.

Kapil Mishra from BJP tweeted, “Well played Captain: you are one of the rare leaders who enjoy respect even rivals Definitely Chinese Gandhi don’t deserve you”