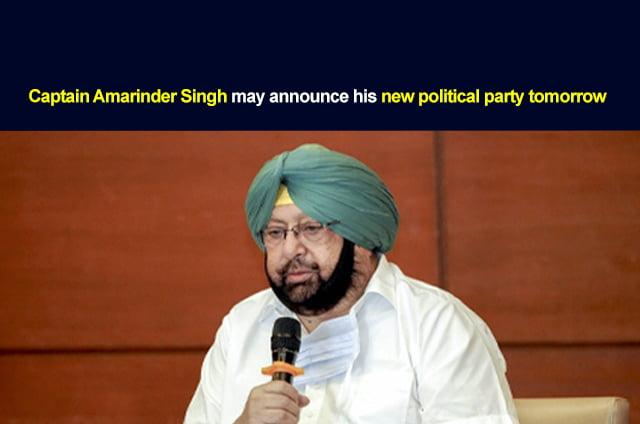 Former Chief Minister of Punjab Captain Amarinder Singh is likely to announce the launch of his own political party on Wednesday.

His political advisor Raveen Thukral on Tuesday sent an invitation to the media for Amarinder Singh’s press briefing on Wednesday. This gives an indication that he may announce his new political party.

The former Chief Minister of Punjab resigned from his post on September 18. Last week, he had announced that he would soon form a new political party. He had also said that he will consider a “seat arrangement” with Bhartiya Janta Party in the 2022 Assembly Polls. It is to be noted that after Amarinder Singh’s resignation, he met Union Home Minister Amit Shah and National Security Advisor Ajit Doval.

Since this announcement, Amarinder Singh’s former colleagues from Punjab Congress have been criticizing him. Navjot Singh Sidhu also shared a video recently stating that Amarinder Singh was the architect of the farm laws.

Also, the current Deputy CM of Punjab Sukhjinder Singh lashed at him on Twitter. He had also ordered a probe of Aroosa Alam’s ISI links. Aroosa Arif is a journalist from Pakistan and also, a good friend of former CM Captain Amarinder Singh.