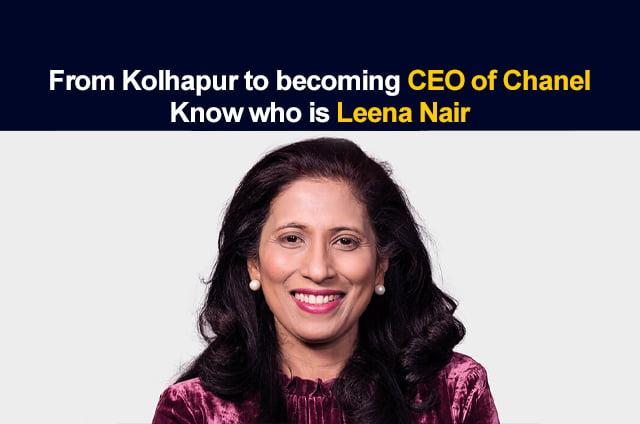 Another Indian has made it to the top post of a leading global company. Leena Nair from India has now become the global Chief Executive Officer of one of the world’s biggest luxury goods groups- Chanel.

It is to be noted that Leena was the first female and youngest-ever Chief Human Resources Officer of Anglo-Dutch FMCG major Unilever.

Leena Nair made history on December 14 when she was named the global CEO of Chanel.

Leena Nair- From Kolhapur to London

Leena Nair’s journey is an inspiration for all women. She started her journey from a small city Kolhapur and now she has made her way to the top position at Chanel.

Starting her career as a management trainee at Unilever, she spent almost 30 years in the company assuming various roles. In June 2007, Leena assumed the role of Executive Director of Unilever South Asia leadership team. She was the first woman to be appointed for the position. In March 2016, Leena Nair became the first was appointed as the first Chief Human Resource Officer of the company.

Also read: Who is Parag Agrawal? The new CEO of Twitter