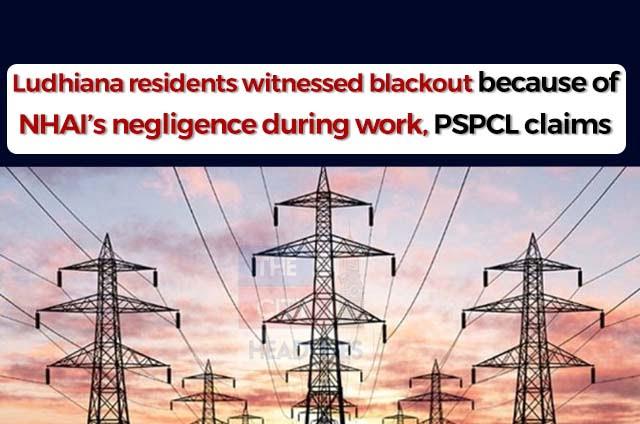 The PSPCL has now revealed the major reason behind that. It has said that the workers of the agency carrying out construction work of elevated road on the Ludhiana-Ferozepur highway (from Octroi Post to Samrala Chowk) damaged the newly laid 66 KV underground cables These were connecting 220KV Ferozepur Road SubStation (located near pillar 87 of the elevated road) with 66KV Sub Station PAU and 66 KV Sub Station Fountain Chowk.

The cables were damaged on Wednesday (March 30, 2022) at around 2 pm, the PSPCL officials said.

Jasvir Singh, Chief Engineer (Distribution), Ludhiana Central said that the 66KV were laid underground after the dismantlement of overhead lines on the request of NHAI for the elevated road. “However, the rash digging with JCB by workers of NHAI in the area damaged the cables due to which the consumers faced sheer inconvenience,” he said.

The Chief Engineer further informed that due to the negligence, the supply at four substations was affected. The PSPCL suffered a loss of around Rs 26 lakhs (Rs 23.5 lakh revenue loss and Rs 2.5 lakh for the repair of cable).

After the damage was reported, AO Ludhiana under the Additional Supervising Engineer immediately initiated an investigation to locate the fault.

“As the damaged cables were underground and there was a heavy movement of traffic on the road, the team had to struggle a lot,” Chief Engineer said. The power supply was restored on Thursday (March 31, 2022) morning at 3: 28 am.

The Additional Supervising Engineer Urban Division, PSPCL, Ludhiana had already written to Project Director, NHAI, 4-Govind Nagar, Pakhowal Road, that there are 66KV cables laid underground. These should be taken care while carrying out construction work. He further alleged that NHAI ignored the instructions and the cables were damaged.

Another major issue is a matter of concern

The Chief Engineer further informed that NHAI had encroached upon the land near Aarti Chowk where 66KV underground cables to DC Complex sub-station are laid. In the future, if there will be any fault in the cable, it will become impossible to locate the fault and rectify it.

Due to this, the supply to DC Complex Sub Station will not be possible as there is no second source to 66KV DC Complex. “As of now, neither NHAI has responded positively on this issue nor District Administration has taken any cognizance of this dangerous situation. This has arisen because of the sheer irresponsible approach of NHAI,” he said.