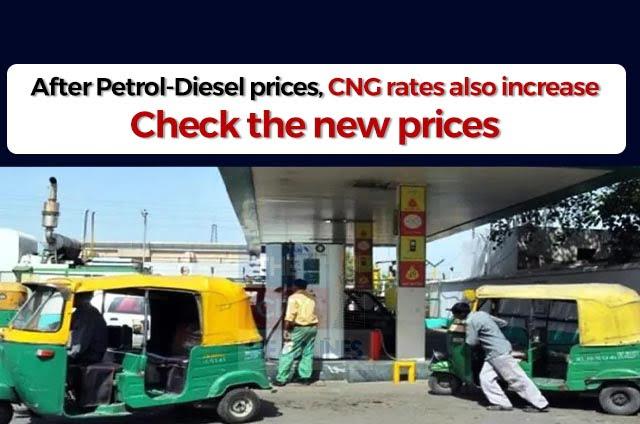 Petrol and diesel prices in India are continuously increasing since March 22. On April 4, the prices of the CNG have also increased in the national capital Delhi. A hike of Rs. 2.5 per kg has been witnessed today in CNG prices.

The Indraprastha Gas Limited has announced a hike of Rs. 2.5 per kg of CNG on Monday. Now, the CNG price in Delhi is Rs. 64.11 per kg.

A steep hike has reportedly been witnessed in the CNG prices in the last six months. Some cities have even witnessed a price rise of 37 percent.

The petrol and diesel prices are also continuously rising since March 22. During the elections, the prices were not increasing. However, soon after the results were announced, fuel prices, and LPG prices started increasing in the country.