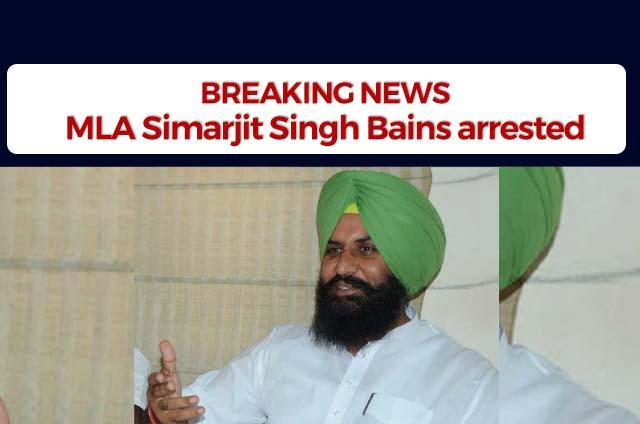 An FIR under sections 307, 427, 148, 149, 506, 188 and several other sections of the Arms Act and Epidemic Act was registered against Simarjit Singh Bains and 32 of his accomplices including his brother, personal assistant and some of the councillors of the Lok Insaf Party.

The arrest happened a day after a heated clash was witnessed between the supporters of Simarjit Singh Bains and Congress’ Kamajit Singh Karwal in the New Janta Nagar area.

Several cars were damaged and heavy police deployment was seen in the area.

Balwinder Singh Bains said that Karwal’s supporters knew that Simarjit was planning to conduct a door-to-door campaign. Therefore, they tried to attack him. “Everything was pre-planned,” Balwinder Bains said.