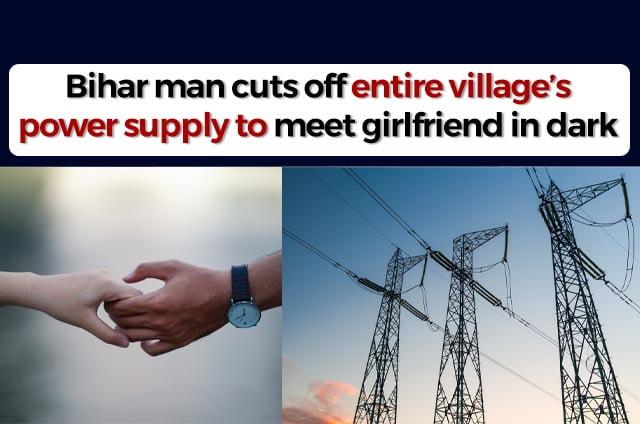 A Bihar man used to cut off the power supply in the entire village to meet his girlfriend in the dark. The man reportedly did the same multiple times and eventually, he was caught by the locals.

The incident happened in Ganeshpur village of the Purnia district. The residents of the village were upset with frequent power cuts. They realized that the electricity cuts happened at the same time every evening. The villagers were suspicious and they tried to dig deeper into the matter.

The villagers reportedly hatched a plan to find the reason behind continuous power cuts. The next time when the power supply was disrupted, the villagers went to the local government school where they found the couple red-handed.

The accused was reportedly an electrician. According to the reports, the eyewitnesses said that the man was tonsured and made to parade around the village. He admitted that he used to disrupt the power supply of the village whenever he wanted to meet his girlfriend.

Eventually, the village residents made the couple marry each other. Local Police Station in-charge Vikas Kumar Azad reportedly said that they were aware of the incident but had not received any complaint in the matter.