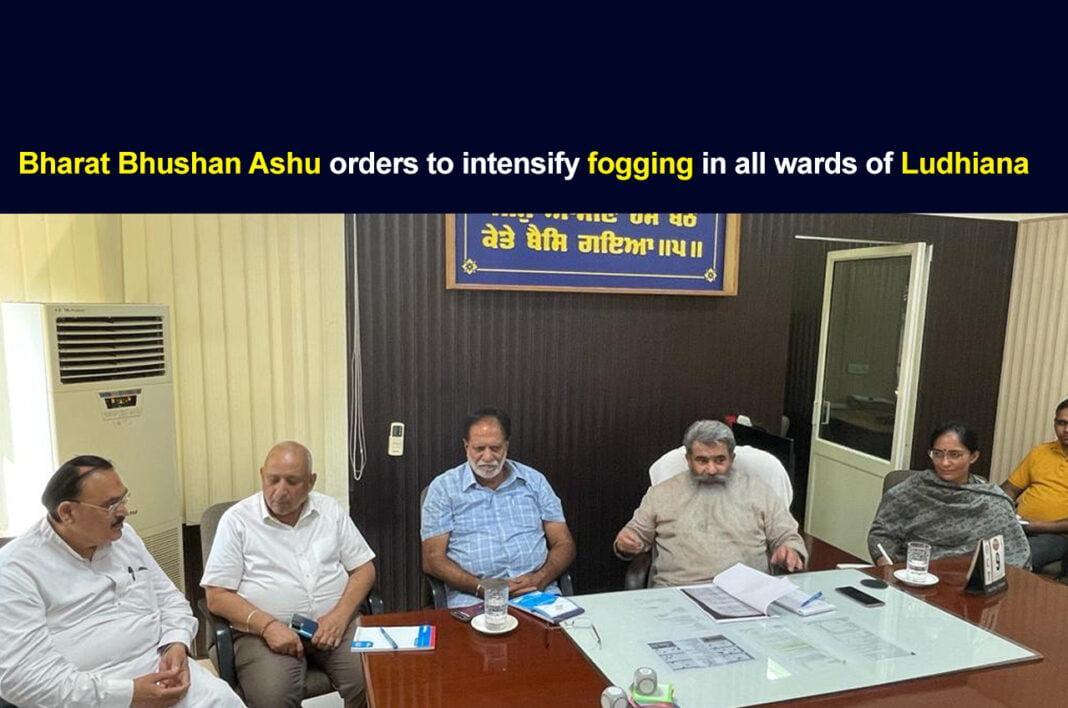 To check the spread of vector-borne diseases, Punjab Food, Civil Supplies and Consumer Affairs Minister Bharat Bhushan Ashu on October 9 issued strict instructions to Municipal Corporation officials to intensify fogging in all wards of the city.

He also directed the health department officials that special checking against dengue larvae should also be carried out.

During the meeting, Bharat Bhushan Ashu directed the officials to identify high-risk areas and give special emphasis to them. He also directed the MC and health department officials for surveying to check dengue larvae in residential and commercial parts of the city. He also directed them to form special teams in this regard and generating awareness among people in the city to prevent the spread of dengue.

Ashu directed the officials to intensify fogging in all wards of the city, focusing on the streets and vacant plots to kill mosquitoes and destroy the larvae that breed in stagnant water.

He further said that the vulnerable places where the larva of mosquitoes can breed easily must be identified and action must be taken immediately. He added that apart from checking drive, locals must be made aware of the breeding grounds of mosquitoes such as air-coolers, teacups, old utensils among others.