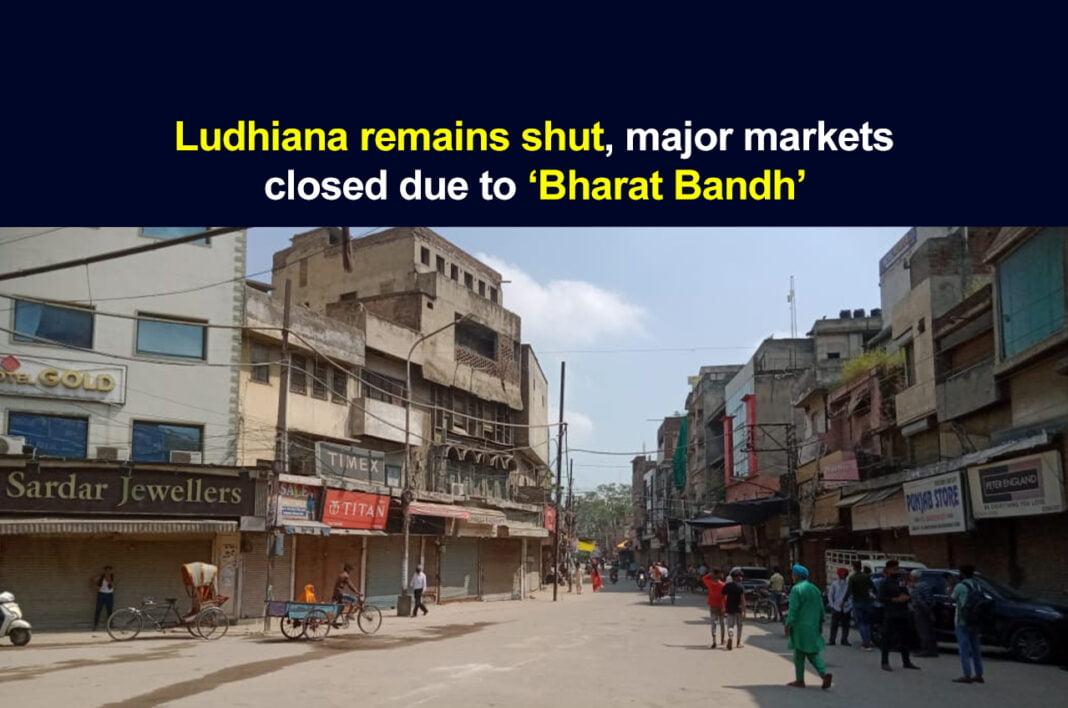 Ludhiana remained deserted on September 27 as the Samyukta Kisan Morcha had called for ‘Bharat Bandh’. The majority of the shops, malls, industries remained closed on Monday because of the farmers’ protest.

From Chaura Bazar to Ghumar Mandi, the shops were closed and several entry points of the city including Toll Plaza near Ladowal was blocked. Though a few people were witnessed inside the railway station, the train and bus services were also halted because of ‘Bharat Bandh’.

Other than that, vehicular movement was far less than it is on normal days.