Aroosa Alam: They are a pact of “hyenas”, disgusted with Punjab Congress 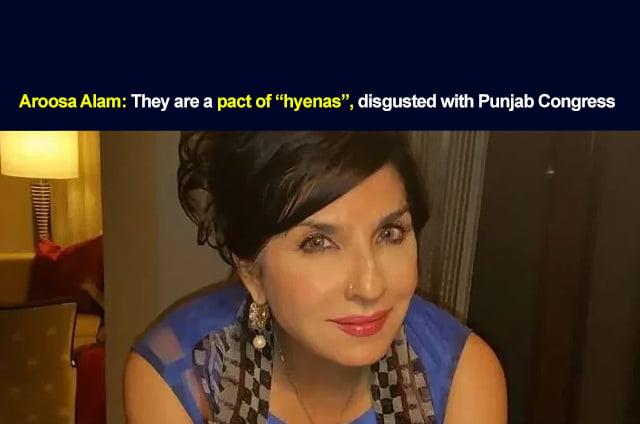 Aroosa Alam, Pakistani journalist, and a good friend of former Chief Minister of Punjab Captain Amarinder Singh is on the radar of the current Punjab Congress leaders.

Replying to this, Aroosa Alam reportedly said that she was extremely disappointed and disgusted with the Congress leaders in Punjab. She also said that she would not come back to India.

Replying to Sukhjinder Randhawa ordering probe against Aroosa, Captain Amarinder Singh had said that she was visiting India for 16 years and with all clearances from the Government of India.

In the caption, Captain Amarinder Singh wrote, “I am posting a series of pictures of Mrs Aroosa Alam with various dignitaries. I suppose they are also contacts of the ISI.”

He also said, “Unfortunately visas are banned at the moment between India and Pakistan. Otherwise I would invite her again.”

“I cannot believe that they can stoop so low. Sukhjinder Randhawa, PPCC Chief Navjot Singh Sidhu, and his wife (Navjot Kaur Sidhu) are a pack of hyenas. They are trying to use me to embarrass Captain.” She asked them if they were bankrupt that they have to invoke her for their political motives.