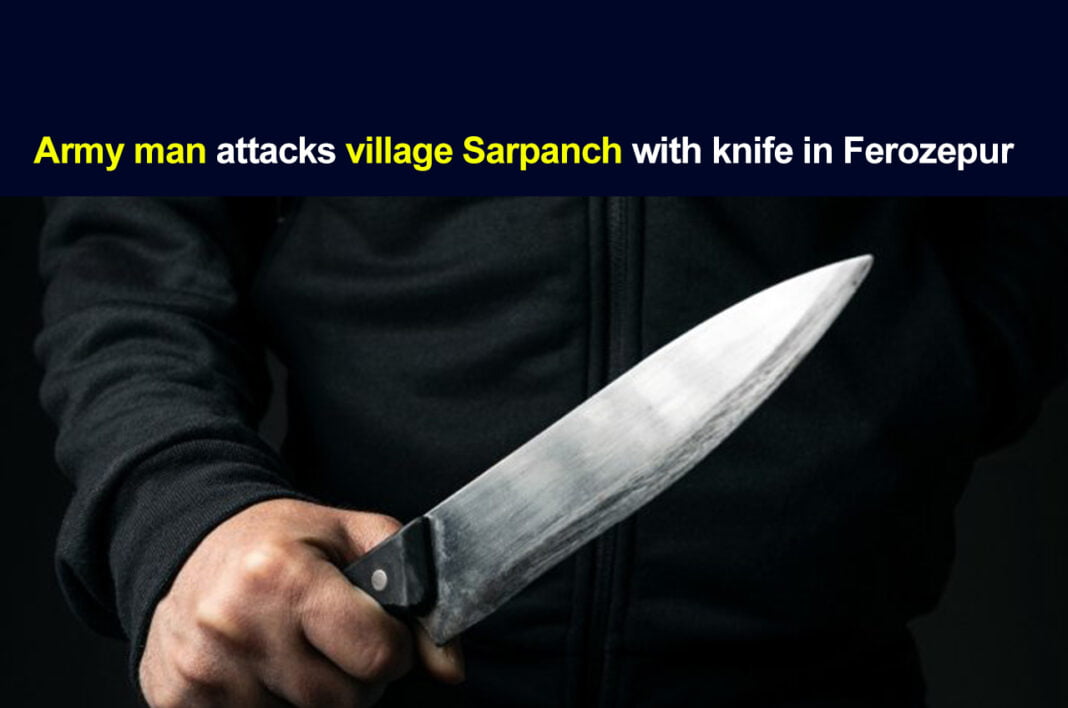 An Army personnel reportedly attacked the sarpanch of the village Basti Ahme Wala in Ferozepur on Friday, October 1. According to the reports, the sarpanch was trying to reconcile two families when the accused army man along with his friends attacked him.

They reportedly attacked his head with a knife. Other than the Sarpanch, they also attacked his brother who was there to save him from the attack.

The victim sarpanch Resham Singh and his brother were rushed to the Civil Hospital Ferozepur. He reportedly said, “On Friday morning around 10, he was trying to reconcile two families. That is when an army man, resident of Bhedian village, along with his friends, attacked him with knife. My brother Sukha Singh was also attacked.”

DSP Satwinder Singh reportedly said that they have no information about it and if the sarpanch was attacked then action would be taken on them.