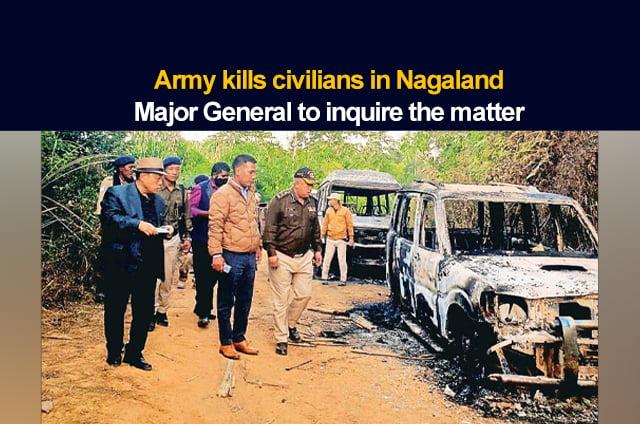 The Indian Army has set up a court of inquiry into the matter of killing 13 civilians mistakenly in Nagaland’s Mon district. According to the reports, the incident happened on Saturday, when the army personnel killed 13 coal mine workers after mistaking them to be insurgents.

Later, the villagers fumed by the incident, set ablaze two security vehicles. To control the situation, the army opened fire again because of which one soldier and several villagers died.

As per the reports, a Major General will head the court of inquiry of the matter. The officer is reportedly posted in the northeast.

Because of the incident, there are demands for the withdrawal of the Armed Forces Special Power Act (AFSPA) from Nagaland. This act gives the power to the armed forces to maintain public order in the “disturbed areas”.

Also, to stop the flow of misinformation, the Nagaland government stopped the internet and SMS services in the state.