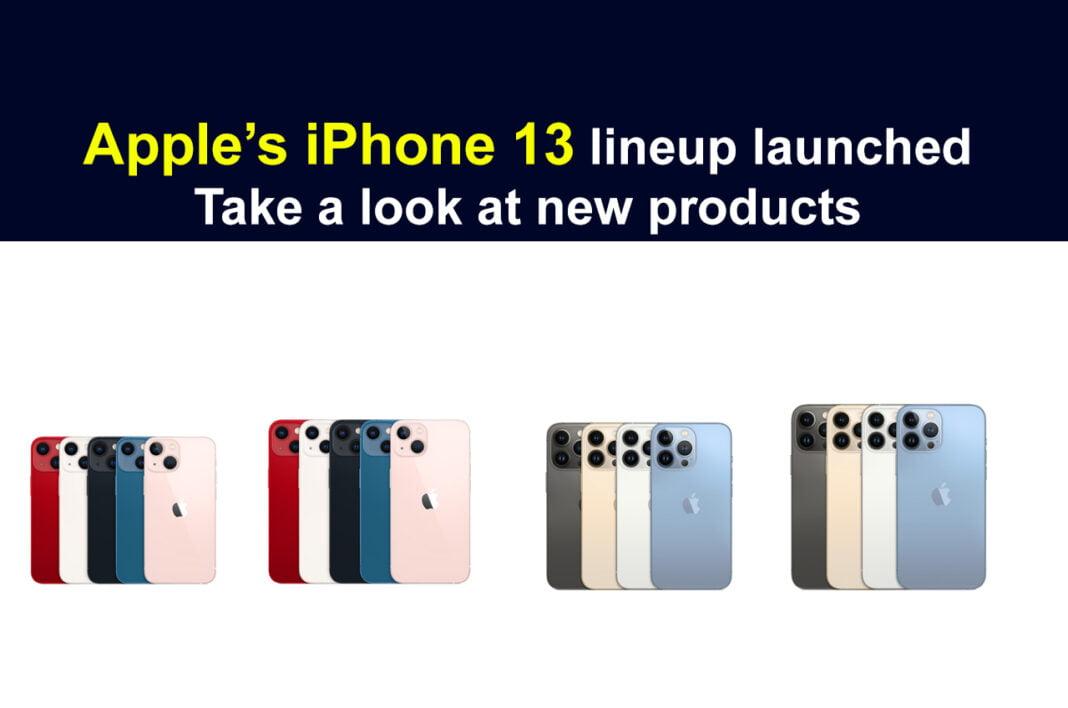 There is great news for iPhone lovers who have been waiting for its new series. At its California streaming event, Apple has launched four new models of the iPhone 13 series. Not only this, but they have launched some other Apple products.

In the iPad segment also, there are significant updates. A new entry-level model and a 5G enabled iPad mini has been introduced.

How much will the iPhone 13 cost?

The A15 Bionic Chip

According to Apple, the new iPhone 13 and all the other variants will work on the A15 Bionic chipset (a six-core chipset). The company claims that it is much faster and more powerful than the A14 chipset. The Pro series of iPhone 13 has been upgraded with a 120 Hz dynamic refresh rate.

For the base model, iPhone has increased the storage (128GB). The Pro and Pro Max variants are available in four different storage options- 128GB, 264GB, 512GB, and 1TB.

The colour variants have changed the game this time. The iPhone 13 Mini and iPhone 13 comes in five different colours- Product Red, Starlight, Midnight, Blue and Pink.

The iPhone 13 models have longer battery life than the iPhone 12 lineup. It is a result of the combination of a bigger battery and iOS 15 and A15 Bionic chip. The newly launched iPhone 13 lineup also offers fast-charged capabilities with a 20W or a higher adapter sold separately. The 13 Pro Max can get up to 50% in 35 minutes.

The iPhone 13 Pro and Pro Max feature a triple rear camera setup. It includes 12MP telephoto, wide and ultra-wide sensors, similar to the iPhone 12 Pro models. It is to be noted that the ultrawide camera on the iPhone 13 Pro model has the largest image sensors ever introduced by Apple in an iPhone. Also, with f/1.8, it has a wider aperture than iPhone f/2.4 of iPhone 12 pro.

Other than smartphones, the tech giant has also launched Apple Watch Series 7 and iPad Mini.