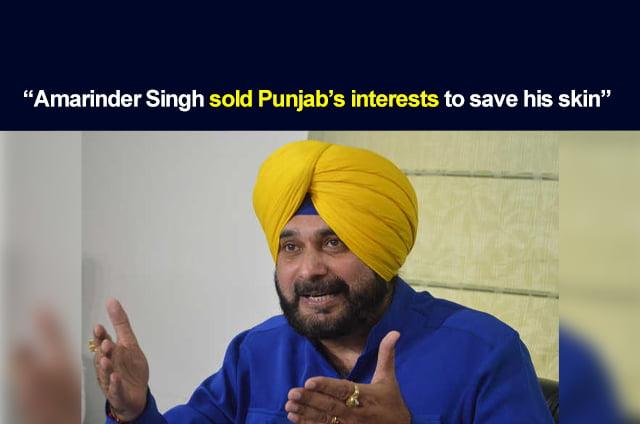 After Captain Amarinder Singh held a press conference on Wednesday, Navjot Singh Sidhu shared a series of tweets against him.

He wrote, “We the 78 MLAs of Congress, could never imagine, what we received an arm- twisted, ED controlled  BJP loyal Chief Minister of Punjab… who sold the interests of Punjab to save his skin! You were the negative force stalling Justice & development of Punjab.”

In another tweet, he said that the last time Amarinder Singh formed his own political party, he lost his ballot and received only 856 votes.

Further, he wrote, “All you want is to defeat me, have you ever wanted Punjab to win?”