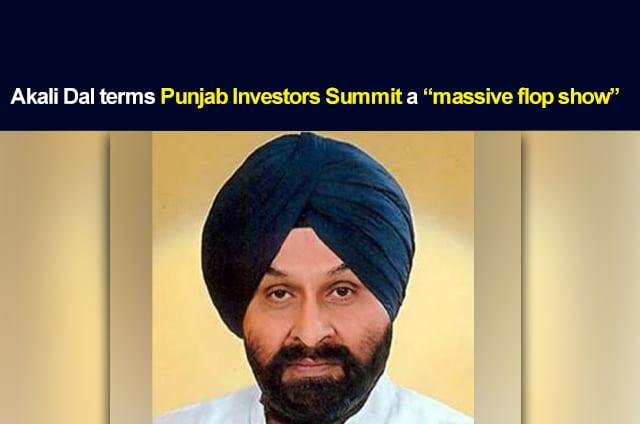 Former minister Mahesinder Singh Garewal said that CM Charanjit Singh Channi used the opportunity to hold a Cabinet Meeting here in Ludhiana. He said that the Congress-led state government got jittery as Sukhbir Badal received a great response from the industrialists.

Garewal also said that the investors did not come up with any concrete investment in the Summit because of the anti-industry policies of the Congress Government.

Garewal also said that the industry felt betrayed because the Congress government did not provide power at a landing cost of Rs. 5 as promised earlier.

“Investors know the records of the Congress government which refused to give any special incentives to attract investments in the state or give any inventive to the homegrown industry to help in expansion plans. That is the reason why no new industry came to Punjab in past nearly five years.”