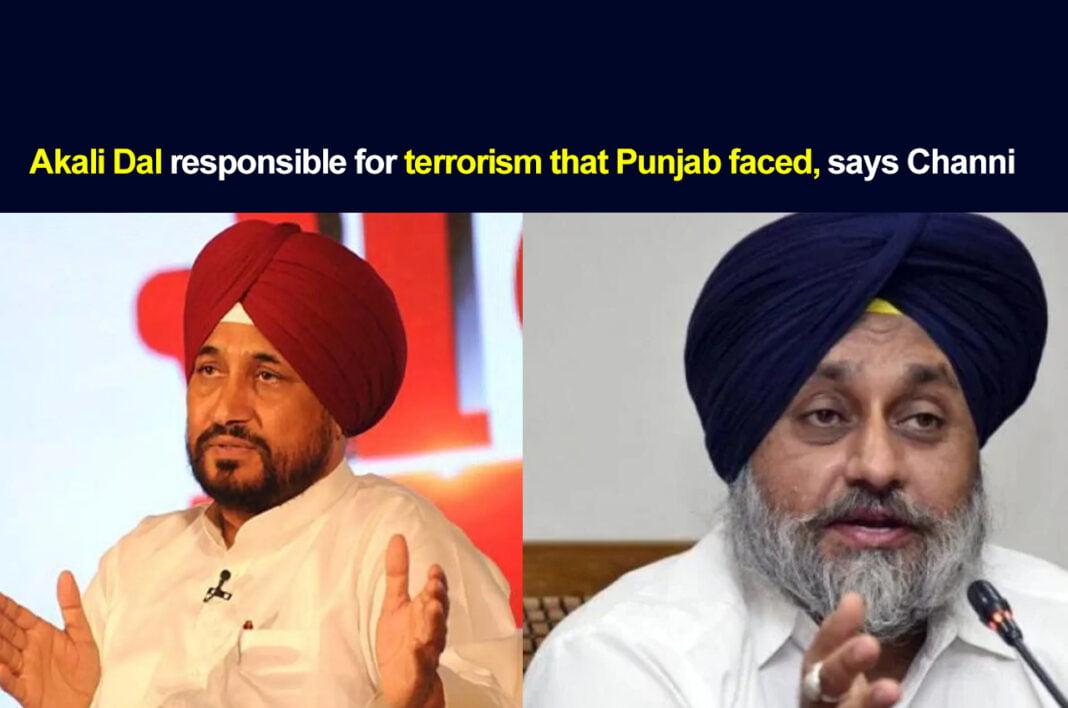 Chief Minister of Punjab Charanjit Singh Channi on Monday, lashed out at Shiromani Akali Dal president Sukhbir Badal for his ‘inciting’ remarks on the Centre’s decision of increasing BSF’s jurisdiction.

The Central government has increased the jurisdiction area of the Border Security Force in some states that share an international border, including Punjab. Earlier, 15 kilometres of the area from the border was under BSF. However, now, the area has been increased to 50 kilometres.

Sukhbir Badal on Saturday said that it was Channi’s biggest sin to let the Centre take this decision. He also said that now BSF would enter the Golden Temple and Durgiana Mandir in Amritsar.

To this, CM Charanjit Singh Channi today said that the Sukhbir Badal should not use inciting words on such a sensitive issue. “Punjab has already experienced a lot of terrorism before and Akali Dal was responsible for it,” Channi said.

Channi also said that the Centre government did not inform the state before any such decision and they got the information from the media.

Condemning the decision, CM further said that such decisions must not be taken without consulting the state government. A cabinet meeting will be held to discuss the decision made by the Centre, he said. “If required, an all-party meeting and a special Vidhan Sabha session would be called for this matter.”

Share
Facebook
Twitter
Pinterest
WhatsApp
Previous articleAfter electricity, Channi government waive off pending water bills, other major announcements made
Next article“If you have to stop a drone, do it within five kilometres,” CM Channi to BSF and Centre
- Advertisement -