Ahead of festive season, DGP directs officers to intensify vigil at sensitive areas 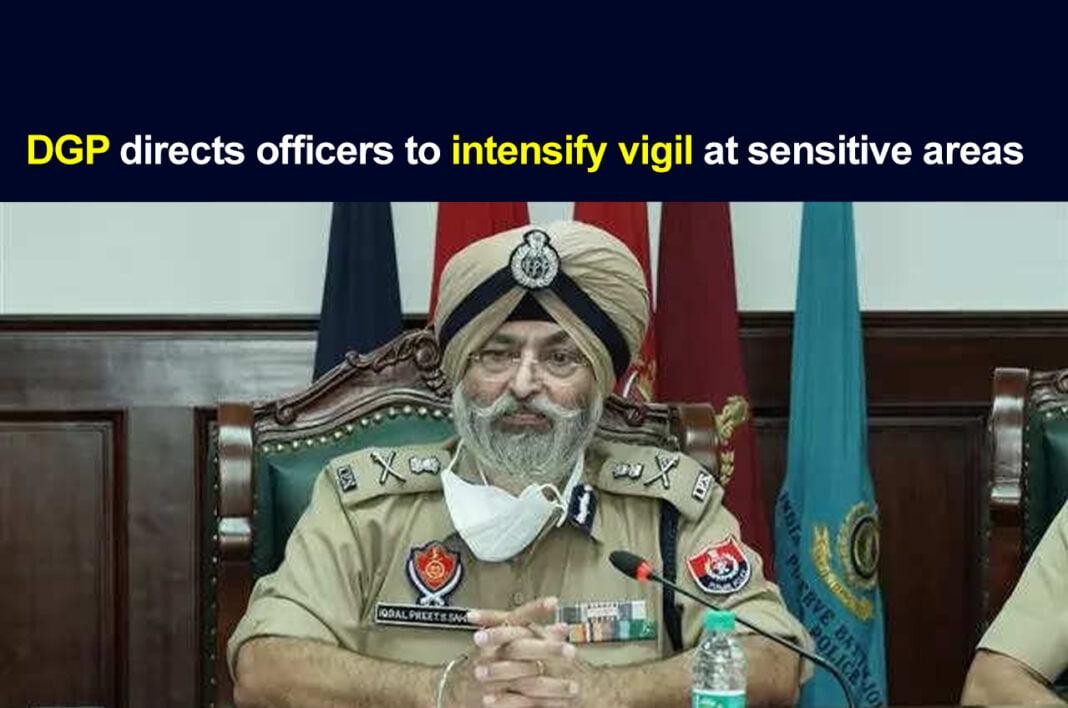 He gave clear instructions to officers to not let anyone take law in their hands and the persons found indulging in any violent activities should be dealt with firmly.

The meeting took place at a time when the state has been witnessing the recovery of Grenades and RDX laden tiffin boxes besides recovery of other arms and ammunition, signalling major attempts being made by anti-national elements to disturb law and order in the state.

“The situation in the state is absolutely peaceful and Punjab Police is ready for any challenges,” he said.

DGP Sahota also cautioned the people of Punjab to remain alert all the time, and immediately report to the police if they find any suspicious thing lying abandoned or unclaimed anywhere, including in trains, buses or restaurants etc. “People can inform the Police on 112 or 181 helpline numbers,” he added.