After violence reports, UP govt bans entry to Punjab citizens into Lakhimpur Kheri 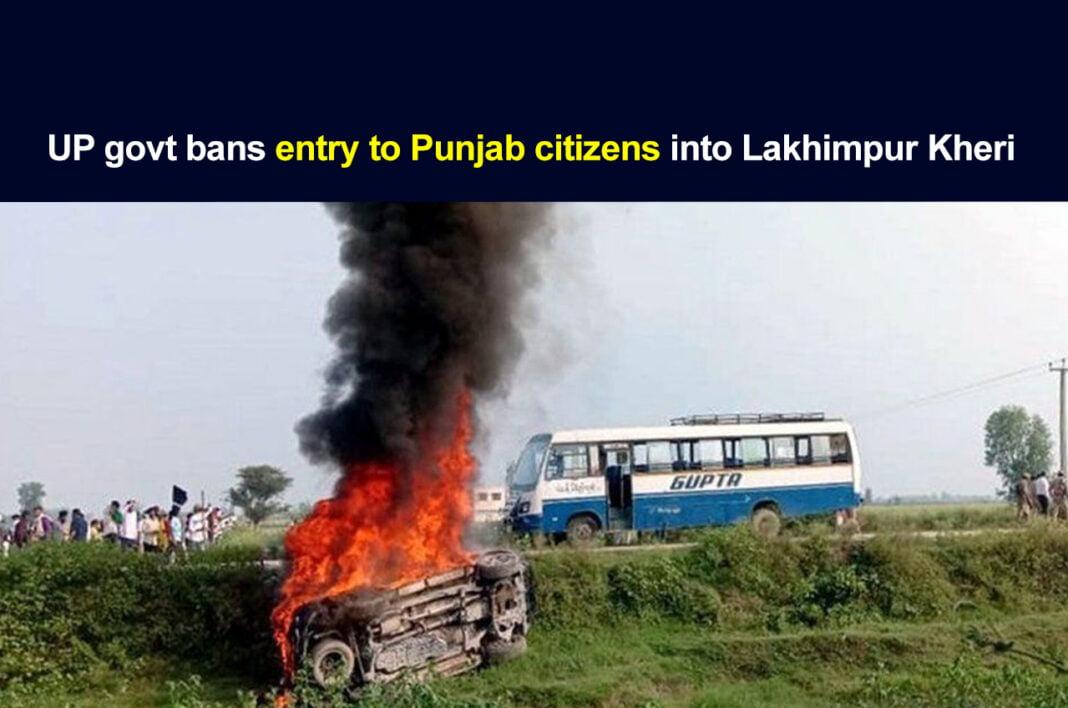 After violence reported in Uttar Pradesh’s Lakhimpur Kheri, a secretary-level government officer of the state Tarun Gaba on Monday, has ordered not to allow any person belonging to Punjab to enter the city. These orders have been issued directly to the police.

According to the reports, four farmers and four BJP workers were killed in the violence on Sunday, October 3. A convoy of three SUVs, including one owned by Union Minister of State for Home Ajay Mishra, hit a group of farm protestors. Eventually, it lead to a clash.

The farm leaders also demanded the arrest of the minister and his son, who was said to be driving one of the vehicles. On the other hand, The Union MoS Ajay Mishra reportedly said that the four others killed were “BJP workers and a cab driver” as they were “attacked by the armed assailants who were among the farmers.” He also said that “they (protesting farmers) set the vehicle ablaze.

It is to be noted that earlier, the UP government did not let Deputy CM Punjab Sukhjinder Randhawa land in Lucknow. The government had said that allowing ministers and politicians from other states to enter Uttar Pradesh can disturb law and order.