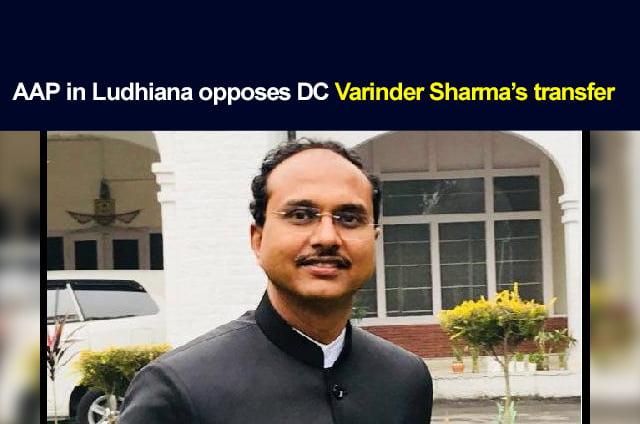 Aam Aadmi Party in Ludhiana has opposed the punishment transfer of Ludhiana Deputy Commissioner Varinder Kumar Sharma. On Sunday, AAP held a press conference in this regard.

Amandeep Singh Mohi reportedly said that the Deputy Commissioner had taken a stand against the ruling government for selling government property. “He was being penalized for his honesty,” Mohi said.

Providing information about the incident, AAP spokesperson in Punjab Abbhab Singh Grewal said, “Varinder Kumar Sharma was being penalized because he did not let the Improvement Trust land and buildings being sold at much lower than the market value. He has also marked an enquiry against the Gill MLA Kuldeep Singh Vaid.

The AAP leaders from Ludhiana said that they will not allow an honest officer to be penalised for doing his duties. They also alleged that the officer being brought in Varinder Sharma’s place, Dr. Amarpal Singh, is “highly indebted” to the Badal family for saving them in Iron Ore’s scam.