15,000 teachers and 1,200 lecturers to be recruited by November end, assures Punjab Education Minister 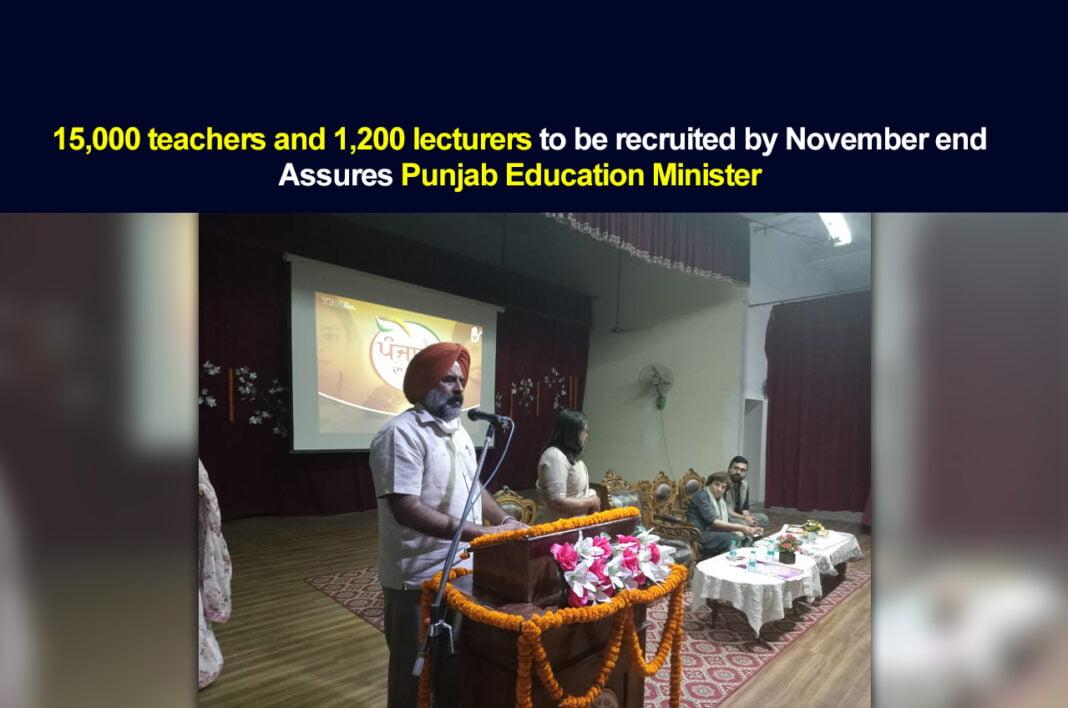 Education, Sports and NRI Affairs Minister Pargat Singh on Thursday said that the education department is set to recruit 15,000 teachers and 1,200 lecturers by November end.

Interacting with the youths during the ‘Punjab Da Bhavikh’ program in Government College For Girls, Ludhiana, Cabinet Minister said that it was really painful that recruitments were not carried out for many years in the important departments. However, now it would not be tolerated.

He said that the recruitment process is being undertaken on fast track mode and this backlog of vacancies would be cleared soon. Further, he announced that Punjab Government would introduce a skill-based curriculum according to the needs of the industry.

Emphasizing the need to enhance the skills of students by starting new vocational courses, the Cabinet Minister said that his department is already in talks with industrialists and a committee would be formed to make it a reality.

Exhorting the girl students to contribute towards nation-building, Pargat Singh said that they have an unbounded potential to transform the society and can take the nation to new heights. The Minister further told that there is a need for youths’ active participation in the country’s development programs.